It has been a difficult, tragic season in College Park. Here are three things that stand out from the 2018 season:

1. Maryland needs to have a direction for football. This starts at the top – we will get to that, but on the field is the first move. Is it going to be Mike Locksley? He is tied up at Alabama through next weekend and the SEC Championship game (Alabama and Georgia). He is known as a top recruiter but more importantly to Maryland, Lox could be the king of the DMV. Why not hire him? Well there is that pesky 3-31 overall record as a head coach.

If not Locksley, then who? Across the sideline from Lox on Saturday is one possible answer. Mel Tucker, the DC (defensive coordinator) from Georgia. Also known as a top recruiter, Mel is well liked in the DMV and has brought in top talent to Georgia. Since Damon Evans, the Maryland Athletic Director, played his college ball at Georgia and was the AD for the Bulldogs as well.

I am not sure the list is much longer than that right now. If these are the two candidates, one with the #1 team in the country and the other at #4 you could do worse. If it was not for the dismal record, Lox being Nick Saban’s offensive coordinator would be enough to make him a hot candidate for power 5 coaching vacancies. Here is a follow on question, if Lox comes to UMD would Alabama’s backup qb Jalen Hurts come along?

2. National Relevance – Maryland has been irrelevant for quite a while on the football front. Sure there was the tragedy, but that is not football relevance. Since the Terps beat Miami in 2011,the night the new uniforms debuted, the Terps have been in the wilderness. I am not saying that Maryland has to be in the national championship hunt, just a threat to win 8 games.

This hire has to be able to take the talent that Durkin brought in and make something of it. There is offensive talent in College Park. The running backs look great, the wide receivers have game breaking potential and the offensive line should be OK. Put in a reliable quarterback and you could be on your way.

If you can’t win big, at least be exciting. The stands are empty, the Terps are the national team of 12p starts. The situation has to improve, and it is up to Maryland to do it.

3. Apathy – we don’t matter on our own campus – This is a hard one to take. The student relationship to the team is poor. I think this comes from the top down. The football team has become the scapegoat for too much that is wrong with the administrative side of the university. The dysfunction of how things are handled was all put on DJ Durkin. I still believe this to be misguided anger.

So how does this get fixed? How can the students come back and support the team and overall, the institution? First of all, the leadership of the school has to find a position of being positive on football team means you are behind the academic institution. That a university is a mix of all of these elements. Second, Maryland marketing has to kick in and do its job. Find the right message. And third, win a few more games.

People show up for winning teams. Bottom line – you have to win. Pick the right coach and lets get on with it.

We are down to the last few games of the season for the Terps. After basketball, there is lacrosse and ...

One win can change a season. One singular effort of determination. An act of defiance. Sometimes it does not matter ... 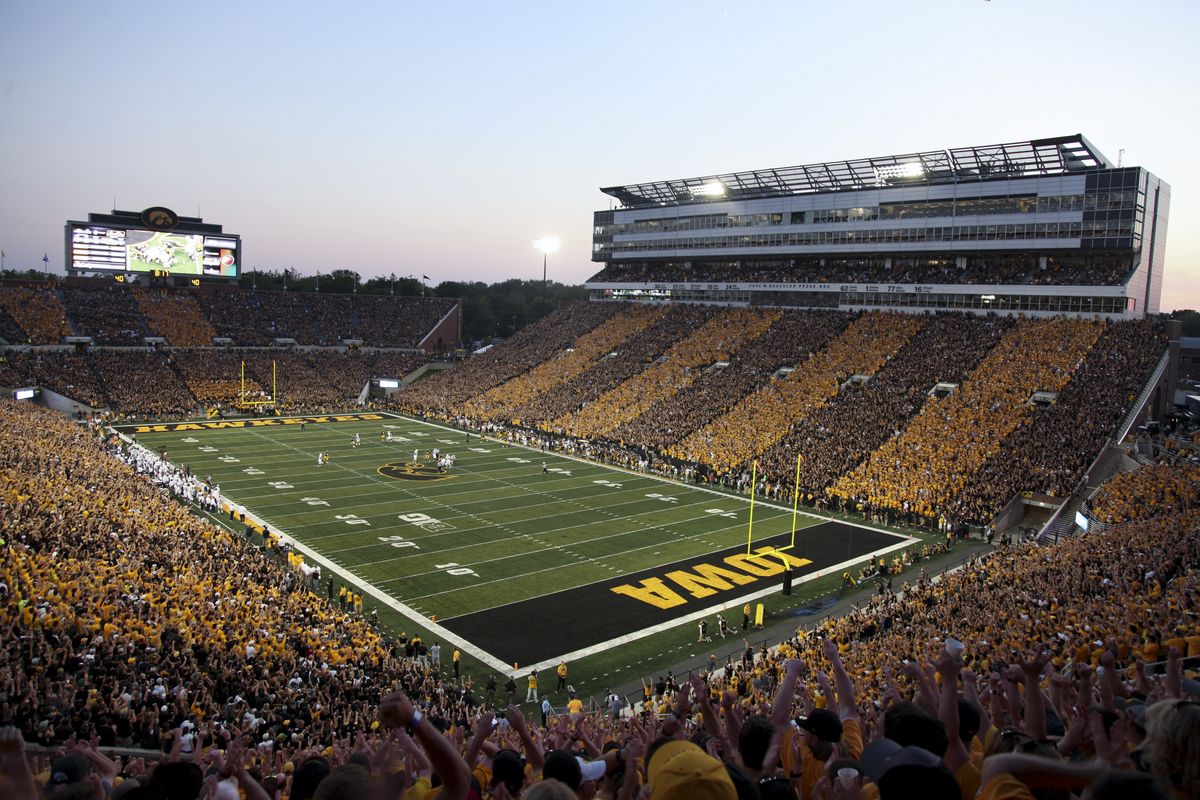 The Hawkeyes enter Saturday’s Homecoming matchup at 5-1, and as the #19 ranked team in the AP poll. Let’s take ...